Got to laugh at this. 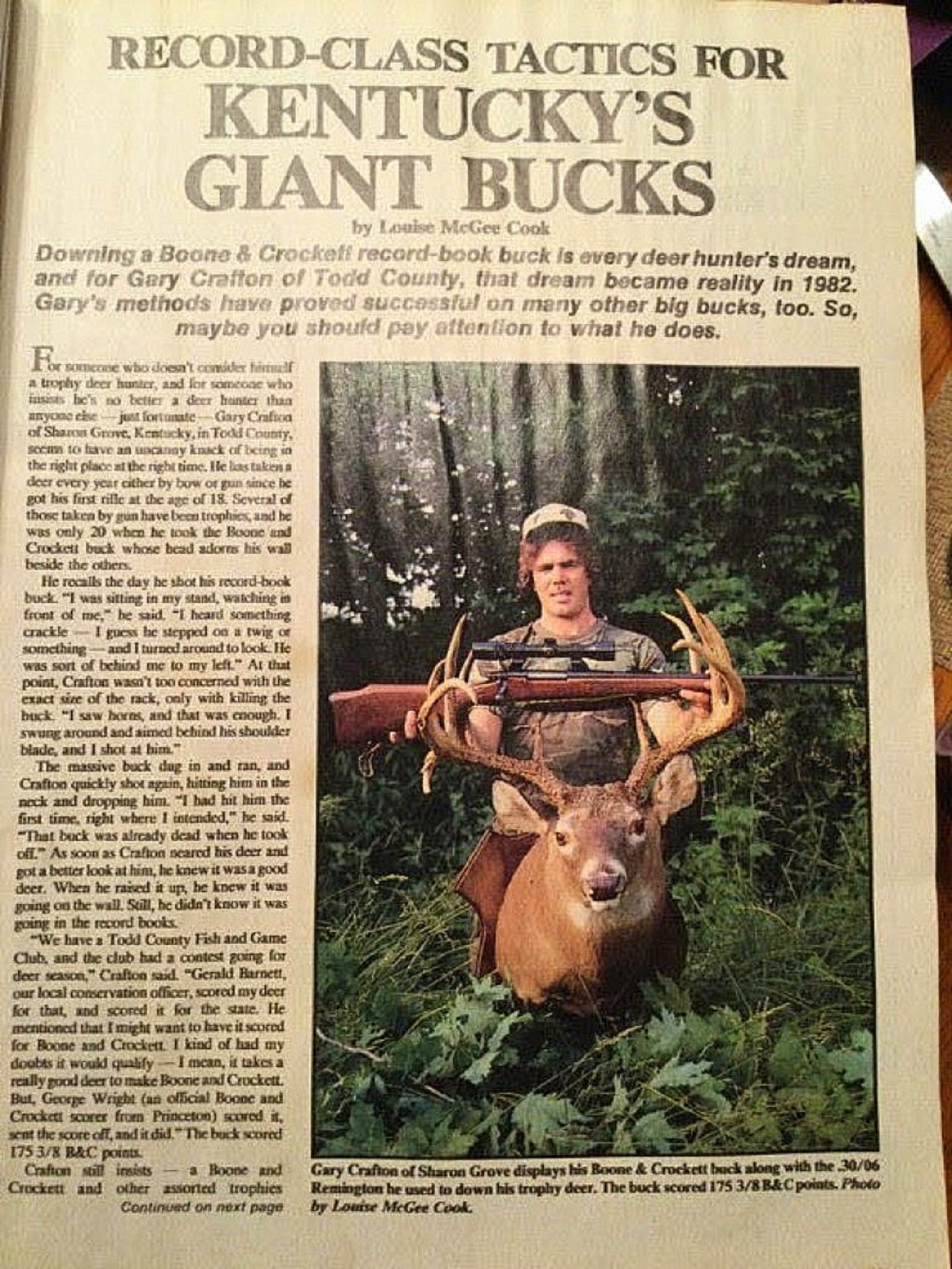 Little FR said:
You were young once? I had no idea…
Click to expand...

Cant believe, it myself, crazy thing is, i remember, back then, better than what i did yesterday

BELLY UP!!! said:
Good gracious what a giant!! That's cool Grago. Any chance we could get that article posted on here to read? Or if it is somewhere. Maybe someone could point me to it?
Click to expand...

I dont know, i got the magazine, but dont know, how to put it on here, Cornpile, posted, the first page.
D

Something else old school ,when rifles were mounted on pretty wood

Dark Cloud said:
Something else old school ,when rifles were mounted on pretty wood
Click to expand...

When men were men and a 2” shift at 100yds from humidity in the stock didn’t matter because you had a fixed 4 power scope and you were ground hunting anyways and could just get closer.

Little FR said:
When men were men and a 2” shift at 100yds from humidity in the stock didn’t matter because you had a fixed 4 power scope and you were ground hunting anyways and could just get closer.

I want to see you make a full recovery and get back in the woods @Grago i still suck with your turkey call 😅
Click to expand...

Thanks buddy, you will get the hang of it, with pratice, them things death on a gobbler, when you get it down.

I guess, yall are touching this pic, at 1st pic, in the beginning, I have to laugh everytime, i watch it. . Shows me just how feeble im getting

Great bucks Gary. I wish I was closer to you. I’d venture you’ve forgotten more about deer hunting than most of us will ever know. I like see those pics with the rifle in the rack. Shows me you’re proud of your accomplishment and you should be. Always a plus when it’s a beautiful rifle as well. Thanks for sharing with us.

That was indeed a monster deer.
@Grago met me at BG Cabelas and I bought a rangefinder from him. I didn't get to shake hands w him because of the Chinese Virus threat. He was doin kinda poorly that day, and I'm glad to say you "Sound" like you are on the mend.

Came across these Gary. I think I’ve put a gun in the rack of every buck I’ve killed since I was a kid.

That Remington 700 of yours looks considerably better than the modern rifles. I’m certain I have a 25-06 Remington 700 in the rack “picture” of my first big buck that’s mounted in my living room. 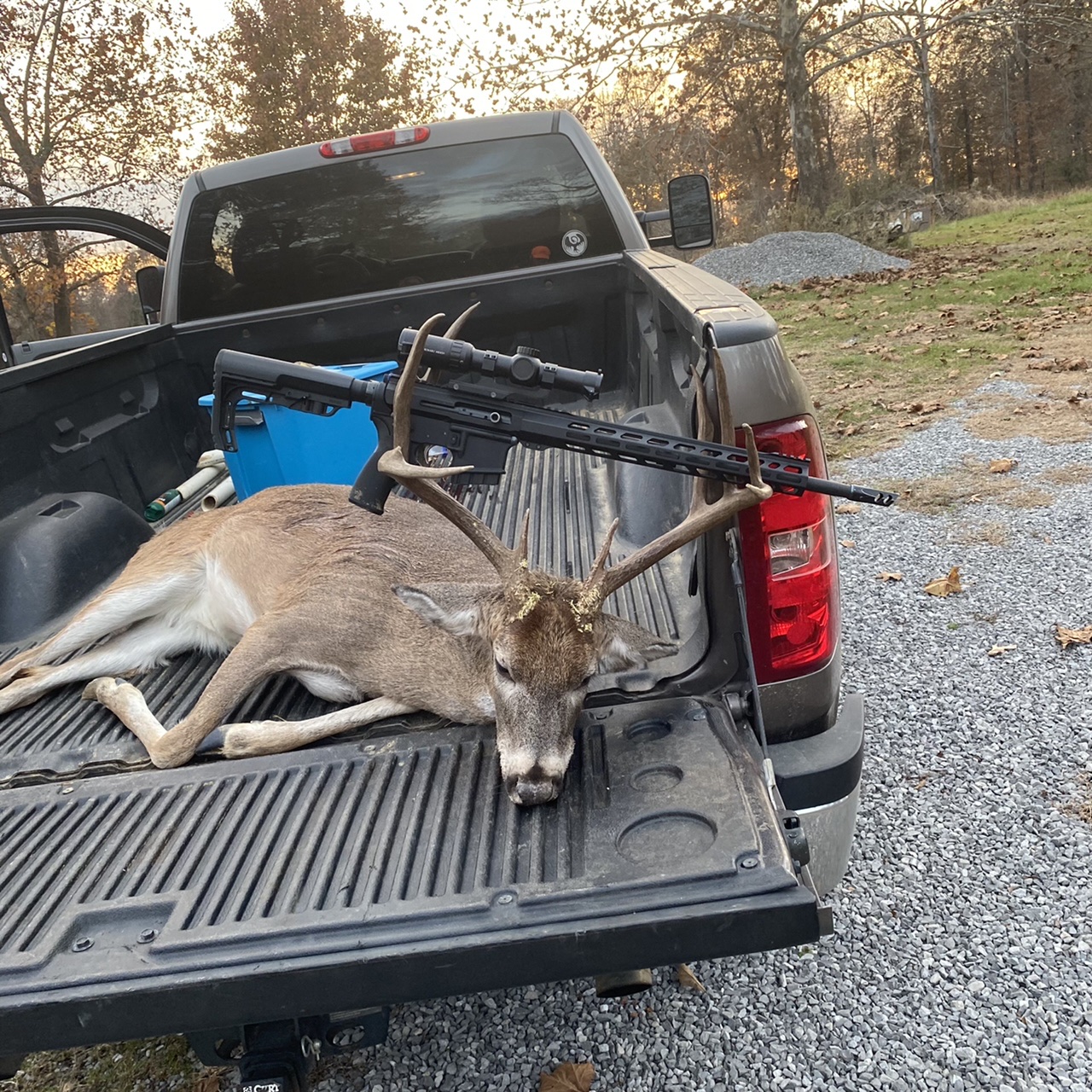 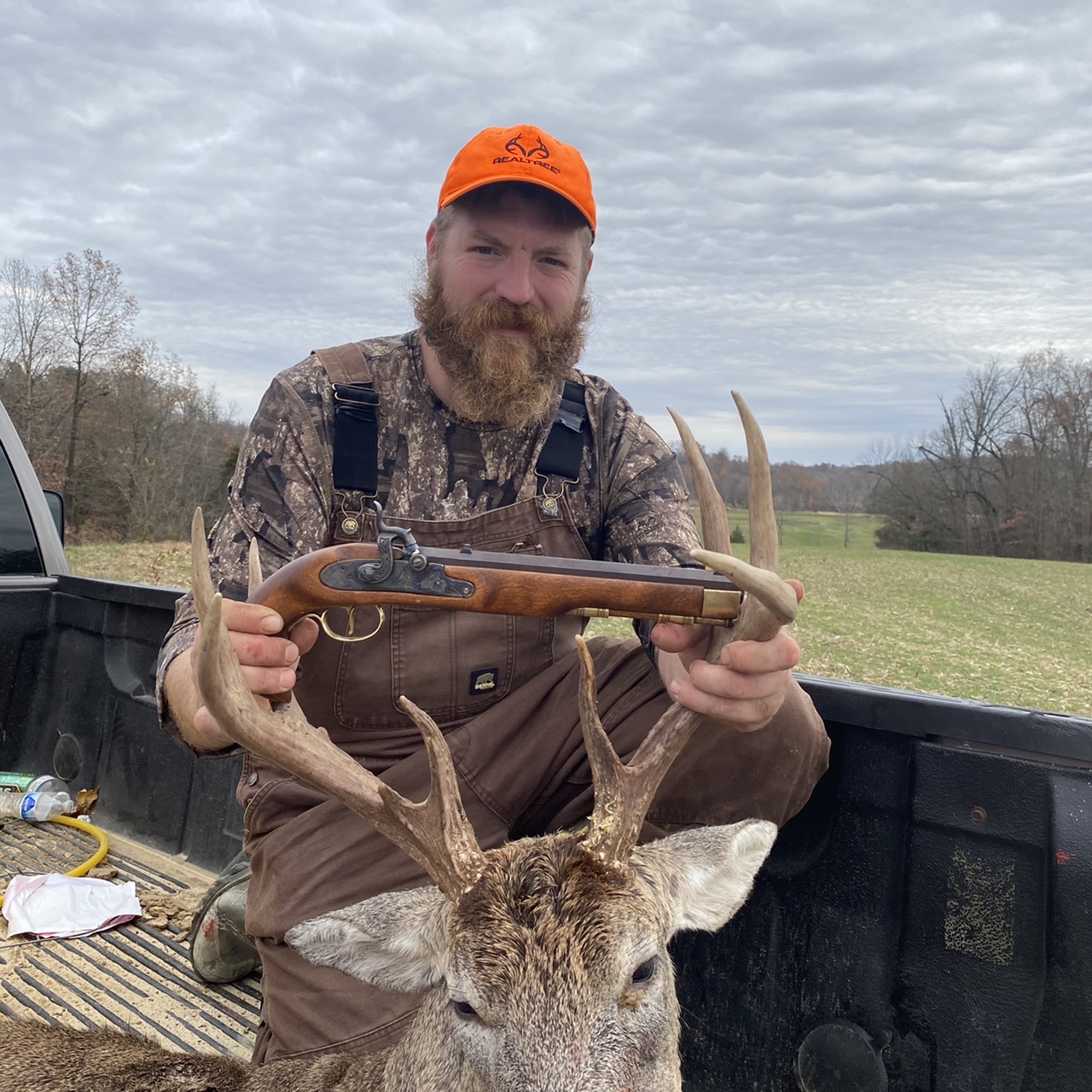 Your not the only one.

Those are nice bucks, not sure why, i did that, years ago , then havent done it till that one last year . It does look kinda neat tho.

I was reading your story Gary. Tell me about that follow up shot you put on him. Was he standing again or running? Did u just throw a Hail Mary that 2nd shot or was you attempting the neck lol.

He was standing, broadside, at about 10 o ' clock, to me, I heard a little something, and i turned to look, and he was standing there broad side, and turned his head the other way. First time , i even knew there was a deer within 5 miles of me, When he turned his head, i put the cross hairs behind his shoulder, and shot, He just kinda flinched and took off, still broad side, I just worked the bolt, threw up the gun and saw hair, and shot again. That one drilled him in the neck.When i got to him, i saw the 1st shot was perfect, he was running dead, but i didnt know that. 2nd shot was a death shot also, but till i got to him, i had no idea where i had hit him, that shot was pure luck. From the 1st time, i seen him, till i shot the 2nd shot, probably wasnt 15 seconds. Good i guess, i just heard something, and turned around and he was there, i had to shoot free handed, and if i had seen him coming, may have been to tore up to have hit him, he wasnt very far from me.
You must log in or register to reply here.
Share:
Facebook Twitter Reddit Pinterest Tumblr WhatsApp Email Share Link