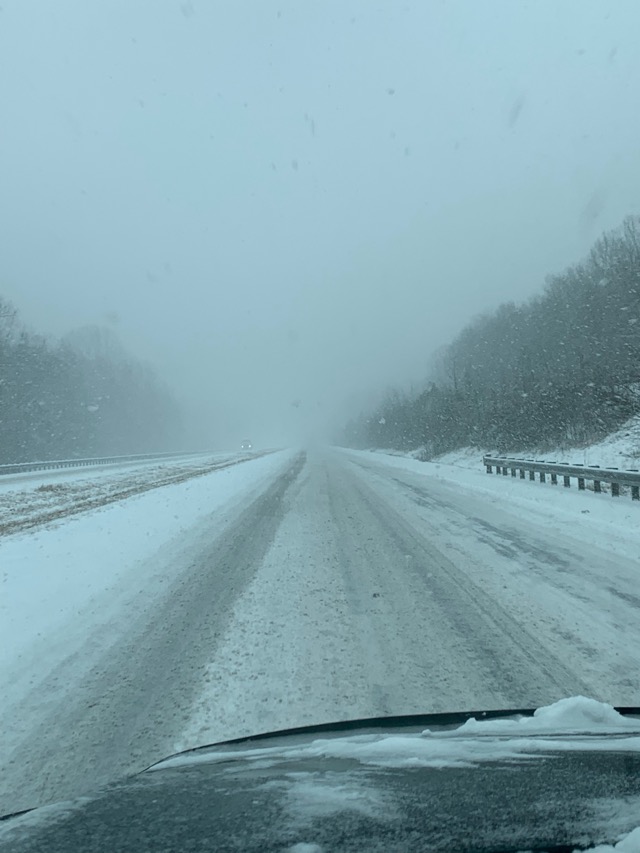 Snow makes for a hell of a backdrop…wish you assholes would properly fill the void of us suckers looking out the window.

My dogs continue to prove themselves total retards within the snow. Southern bred female lacking a nice undercoat hates it. Lead male KY bred dog with decent undercoat roots within it, returning with a white snout and grin
Last edited: Jan 6, 2022

Not in my decoys they didn't , wife & I froze for the view I reckon...

Maybe that’ll push some down my way. I could deal with a few woodies on the pond and redheads on the bay.

Good day for all y’all snowflakes.

We will let the rest of the Advisory expire at 4 p.m. and have the Winter Storm Warning continue.

As the energetic mid level wave continues east and away from the region, the last of the snow over west KY will depart late this afternoon, with decreasing clouds tonight as high pressure builds into the area. There will still be some wind overnight. With snow, the high building in and less cloud cover, will go a bit below guidance for lows. Very cold wind chill temperatures in the single digits most areas to below zero (southern IL into southwest IN)
can be expected later tonight into early Friday morning. Dry and cold weather Friday through Friday night as the high continues to move east.

Ridging builds into the Midwest for the start of the weekend, lifting high temperatures closer to average. Southerly flow across the Mississippi Valley will bring Gulf moisture northward. Rain could arrive for the afternoon hours on Saturday west of the Ohio/Wabash, then rain becomes widespread overnight as low pressure moving across the Central Plains becomes invigorated by the
moisture. Despite the development with that system, the NBM seems
too ambitious with thunderstorm potential, so thunder chances were
lowered to slight chance only and mainly limited to Southeast Missouri and Western Kentucky. QPF values are now on the order of half an inch in the northwest to 1.5 inches in the KY Pennyrile late Saturday through Sunday. A frontal passage that moves through during the day Sunday would result in a non-diurnal temperature pattern with highs early morning for northwestern portions of the CWA and mid-morning for the rest, though a few hour shift in front timing could significantly alter the Sunday high forecast.

Following the front, upper-level troughing moves in and temperatures are expected to drop significantly, with lows Sunday night and Monday night in the teens to lower 20s and Monday highs in the 30s. Temperatures trend warmer through midweek as a ridge builds in the western half of the country and high pressure takes hold locally.
Some ensemble members bring a very weak disturbance southeastward from Alberta, but either miss to the north of fall apart upon reaching the high pressure. Possible low pressure development in the Desert Southwest is more likely to eventually bring precipitation to the area, but not before the end of the current 7 day forecast period.
Click to expand...

aceoky said:
Not in my decoys they didn't , wife & I froze for the view I reckon...
Click to expand...

I need to turn my duck stamp in...

Well camoed boat, Robo on, off and intermittent, Mallard machine on and off... 60-80 groups of ducks and maybe two groups barely changed wingbeat...

And 4WD STILL doesn't work after another $1500 and the 4 year no 4wd saga continues. I was lucky to drag the rig out. Rear wheels only in 4low. 4 auto saved the day.. 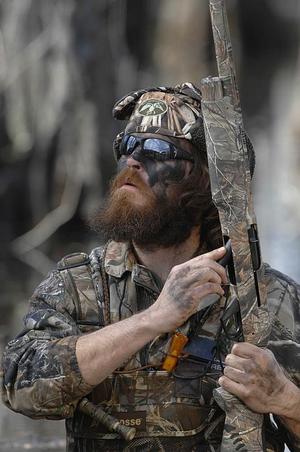 Well camoed boat, Robo on, off and intermittent, Mallard machine on and off... 60-80 groups of ducks and maybe two groups barely changed wingbeat...

And 4WD STILL doesn't work after another $1500 and the 4 year no 4wd saga continues. I was lucky to drag the rig out. Rear wheels only in 4low. 4 auto saved the day..
Click to expand...

Local kid is 21. First time I took him at age 15 he showed up poo faced... I told him to go wash that crap off at McDonalds before they called to cops for robbery in progress!